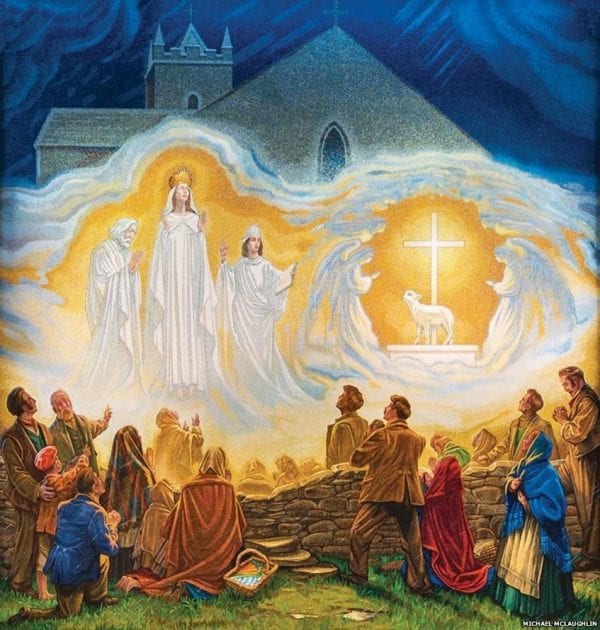 The 21st of August 1879 started out like any other day in the tiny hillside village of Knock in Co. Mayo in the province of Connaught. The day had started out dry, but as evening approached as did heavy rain.

Locals were returning to their homes following a busy day saving hay and transporting turf from the local bogs as winter was approaching. At about 8 o’clock, Mary Beirne and Mary McLoughlin were passing by the local parish church when they saw a heavenly light and an apparition of our Lady St Joseph and St John the evangelist on the gable of the parish church to the right stood an altar on which there was a lamb and a cross around which angels hovered.

13 more people arrived to witness the apparition, which lasted for two hours in pouring rain. They said the Rosary and although they themselves were saturated not a single drop of rain fell on the gable wall.

Two commissions of enquiry in 1879 and 1936 found that testimonies of the 15 witnesses to be trustworthy and satisfactory. Today Knock ranks as one of the leading Marian Shrines in the world.

In 1979 St John Paul 2 visited the shrine. In 1993 St Mother Theresa of Calcutta was another guest. In 2018 Pope Francis sat in silent prayer at the site of the apparition.

Hear the story of Knock 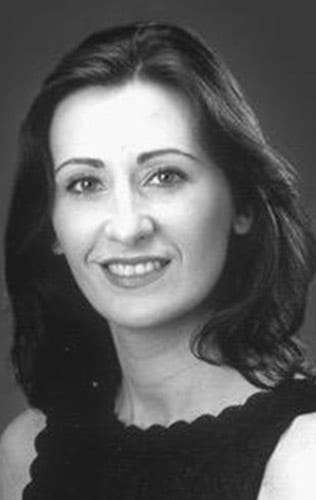